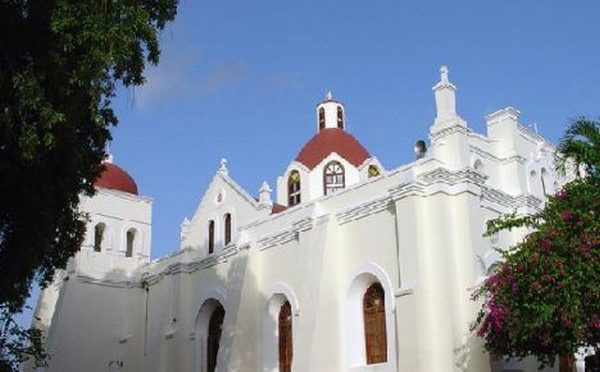 The church that sits on this spot now was built in 1880. This shrine of Holy Hill/ Santo Cerro is atop a hill that is about 8 miles from the town of La Vega. Every year on September 24 thousands of the faithful makes a procession there to honor this patron saint. There is a museum here and from the veranda, atop the holy hill El Santo Cerro, there is a spectacular view of Valle De La Vega Real in the Cordillera Septentrional.