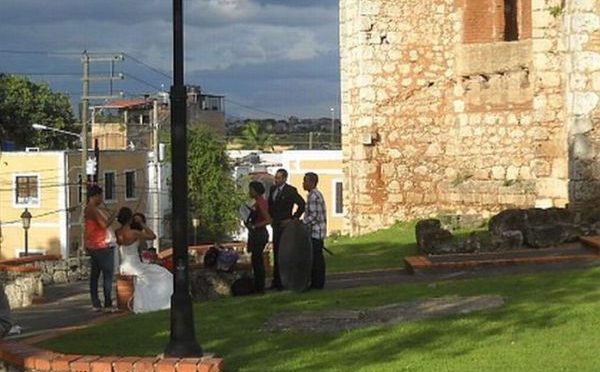 The Hispanic culture uses two last names or apellidos. I was not very sure about how it worked or the order of last names. I decided to write it out for myself and others that are confused with this matter. So lets see if we can get this straight.

Lets use the name Felix Billini Duarte (I just made that up).

Felix is the first name and sometimes there is a middle name also but this made up person does not have one.

In the old days if Anna wanted to she could add her husbands last name to hers using “de” thus her married name would be Anna Duarte de Billini. But this is not tradition in modern times. Some also put a little hyphen between their last names as Felix Billini-Duarte if they so desire.

Antony Billini Cabral and Anna Duarte Sanchez get married. Now their names are…

Antony Billini Cabral and Anna Duarte de Billini (or she just keeps her own name). They have a bouncing baby boy..

And the line continues. Do you understand now? Use the 2 first last names for the child. The kid drops the 2 last last names.

Looking up a name in the phone book

ABC order? The same as looking up a name in the phone book. The first last name first, second last name second and their given name is last.Billini Duarte, Felix.

There. Easy is it not?