La Capilla de San Andrés was the chapel and part of the second hospital to be built in the colonial city of Santo Domingo. It was the first charity hospital in the Dominican Republic.

The Chapel of San Andrés is built next to the Hospital Padre Billini, which originally was called Hospital de San Andrés, and the Iglesia Nuestra Señora del Carmen. All seem to blend together to almost form one structure. The use of brick as its major building material made this chapel a marvel of its time.

The wooden sculpture inside the chapel is very unique. Here, it is told, is the place where the people of Santo Domingo conspired and planned their revolt over the Haitian occupation in 1844.

Interesting:
In 1586 the Chapel and the hospital were burned and looted by the privateer Francis Drake, after having been built 24 years earlier, in the year 1562. 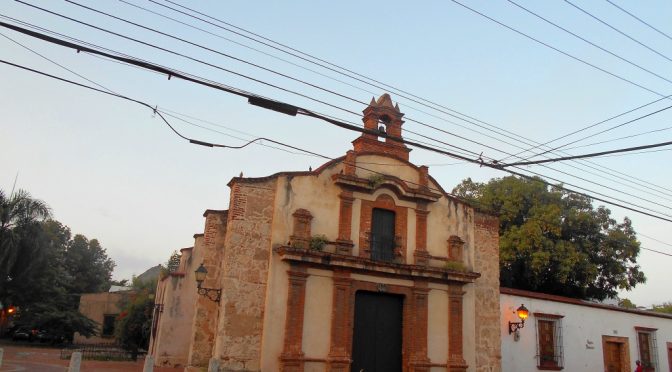