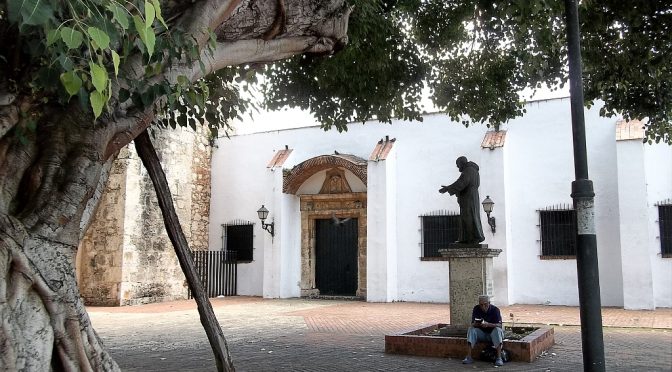 The statue of Saint Padre Pio de Pietrelcina stands in the Plaza at the Iglesia Nuestra Señora de Las Mercedes. Padre Pio was born in Pietrelcina, southern Italy on May 25, 1887 – died September 23, 1968 at the age of eighty-one. Pope John Paul II canonized Padre Pio on June 16, 2002.

*Did you know that one of the bells located at the church are from the ship U.S.S. Memphis? T ship’s bell was given to the people of Santo Domingo for their help in rescuing the ship’s crew. About the wreck of The Memphis.