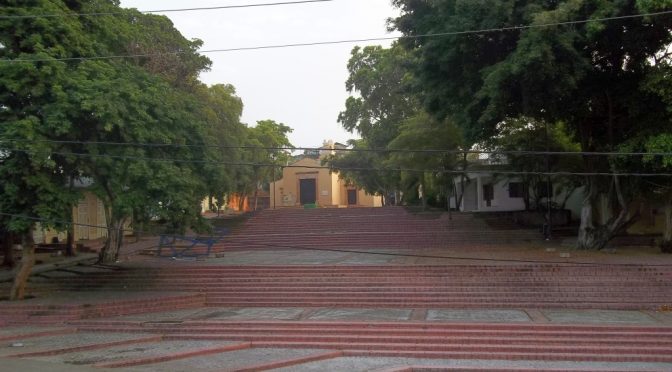 This building, sitting in the Plaza San Antón, was one of the originals built by order of Nicolas Ovando in 1502 with its original name being San Antonio Abad. The building was set afire by Sir Francis Drake and then almost completely destroyed by the hurricane San Zenón in 1930.

The small chapel has been rebuilt totally and painstakingly after many years of abuse and thievery. Thanks to old pictures they were able to make this the new version as close to the old as possible. The chapel now has no objects of religious significance inside. As of this writing (2012) it has not been kept up well.

There is a small plaza, Plaza San Antón, that is near this chapel and many homes are built around and through where the old walls stood. It sits along the far northern walls of the Fort San Francisco which connected the Monastery and the fort of the same name.

From Calle el Conde go north, up the hill, on Arz. Meriño about 4 long blocks. Pass the Ruins of the Monastery San Francisco to Calle Restauracion and make a left (south) There is a plaza with many stairs. The little chapel is at the top of these stairs at Plaza de San Antón. Below Calle Vicente Celestino Duarte.