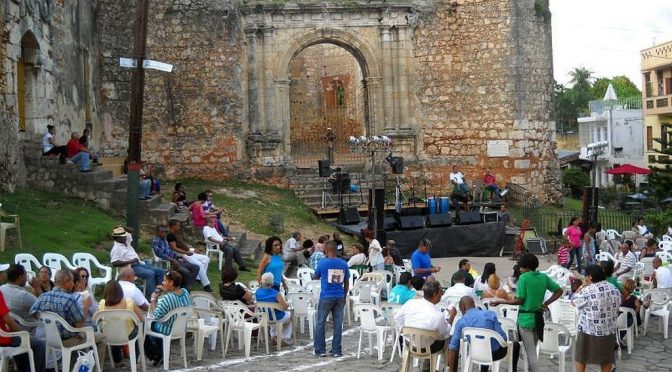 
*Dominican Republic has the only flag with a bible in it. It was designed by a Vexillographer (flag maker) who was a vexillologist (one who studies flags ) and into Vexillology (the study of flags). More information on the Dominican flag.

*In the Colonial Zone on July 8, 2001 the Association of Spanish Festivities in Dominican Republic held the islands first bull run, a version of Spains San Fermin bull run. A three-minute bull run took place from Calle Atarazana, through Vicente Celestino Duarte to Cristobal Colon. Youths raced and the poor, confused bulls had no idea what was happening. It seems that the Dominican bulls were just too lazy, resulting in them having to be pushed through the streets, instead of them chasing the participants.

*Did you know that there was a small town in Dominican Republic where it was discovered and documented in the early 1970’s that girls turned into boys? It seems that children appearing to be girls turned into men at puberty. First girls when they reached puberty they grew testes, and a penis. They called these children ‘guevedoces’ which literally means “penis at 12 years”. Also known locally as machihembras (‘first women, then man’).It was published in the American Journal of Medicine. For pictures and more information http://www.usrf.org/news/010308-guevedoces.html

*The Austrian musician, Falco, famous for his electronic Euro-pop smash hit ‘Rock Me Amadeus’ in 1986, was killed in Dominican Republic. While on holiday in Puerta Plata the vehicle he was traveling in was involved in a collision with a bus. He died in hospital on February 6th, 1998 from head injuries at the age of 40.

*The longest baseball game in the Caribbean Baseball Series had 18 innings. The game was 6 hours and 13 minutes long. Played at the Roberto Clemente stadium in Puerto Rico February 2, 2007. The Aguilas Cibaeñas of Dominican Republic won 4 to 3 over the Tigres de Aragua of Venezuela.
Update – the Aguilias won the series for 2007!

*Do you know what a Merentician is? It is a Merengue singer and Politician in one. Merengue artist Sergio Vargas is one.

* Parque Colon is considered one of the great public places by PPS – Project for Public Spaces. It was voted on because of its vegetation, the nearness to historical landmarks, its accessibility, and its usability. They describe it as an “urban living room” and a “magic space”. (7/09)

to carry with you while visiting the Dominican Republic:

Police, Fire, Civil Defence, Reporting Excess Noise and Emergencies – 911 will now be available in the Santo Domingo and Santiago areas.

*If you have a incident involving police (for example, they pull your vehicle over while driving or riding and ask you for money or harass you in any way) this can be reported to the Internal Affairs Department of the National Police at 809 688-1777.

If you are coming to Dominican Republic on vacation or are a long-term tourist CESTUR (the tourist police) has a free app you can put on your phone available on Google Play.
https://play.google.com/store/apps/details?id=com.ferreirapablo.CESTURAPP 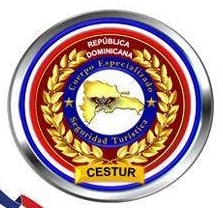 If you are coming on vacation or are a tourist CESTUR (the tourist police) has a free app you can put on your phone available on Google Play.
https://play.google.com/store/apps/details?id=com.ferreirapablo.CESTURAPP

Their web site has all the contact numbers on a google map.

*Any complaints arising from a casino should be directed to the Office of Casinos at the Secretary of Finance. To register a complaint with this office, call 809-687-5131, ext. 2120.

The Consular Section and the U.S. Embassy

The American Citizens Services (ACS) Unit can be reached by telephone at 809-731-4294, or via email at acssantodom@state.gov. ACS Unit office hours are 7:30 a.m. to 4:30 p.m., Monday through Thursday, Friday 7:30 a.m. to 12:15 p.m., except on U.S. and Dominican holidays. The Consular Section entrance is on República de Colombia Avenue. is located at the corner of Calle César Nicolás Penson and Avenida Máximo Gómez. The telephone number is 809-221-2171.

To make a call

Just some misc. things you might want to know about the Dominican Republic.

Here in Dominican Republic we use the Metric System of Measurement as does most of the world. Here are some basic conversions that might be helpful

*Note that even though the main type of measurement here is in meters they do use pounds and gallons in most businesses.

For a quick and easy Conversion Calculator check out this page

The time in the Dominican Republic is Eastern Standard Time (EST). The same as New York and Miami in the Eastern United States. The country did try using the Daylight Savings Time change but it did not work out well so they decided not to change the clocks like the North Americans. This means that when the states in North America change their clocks the Dominican Republic does not. Thus making for an hour time difference during this time change.

We are on GMT -4. See below for an explanation