The Faro San Souci at Punta Torrecilla is located near the entrance to the port of Santo Domingo at Rio Ozama on the South Coast of Dominican Republic. The yellow and black lighthouse stands at the tip of the park Punta Torrecilla on the coral cliffs of the Caribbean Sea. The lighthouse can be seen from many points around the city.

The original lighthouse in this location was built around 1853. It was deactivated and demolished in 1967. The present Black and Yellow Faro located on the point was built in 1986. It is very similar in appearance to the Survivors Lighthouse on the North Coast in Puerta Plata.

The pyramid-like concrete tower is 125 feet tall. The entire height, including the light, is 135 feet tall. Faro Sans Souci sends out a blinking white light beacon with a view range of 13 nautical miles. The lighthouse is used as a navigational aid for entrance into the Port of Santo Domingo. The Faro San Souci sits on a terrain about 7 meters above sea level.

From the vantage point of the park at Punta Torrecilla, there is a beautiful view of the city of Santo Domingo and Avenida George Washington also known as the Malecon. There are usually people fishing off the coral cliffs. Sit, relax and watch the many ships bringing and leaving with their loads. Many Cruise Ships and the Ferry from Puerto Rico come and go from the Puerto Santo Domingo. The ports include Puerto San Souci and Puerto Don Diego.

The park was at one time had beautiful walkways along the coral cliffs where the waves of the turquoise Caribbean Sea broke. Now the paths are broken and most lay in rubble. The park is usually littered with trash from people picnicking under the palm trees and there are no facilities.

At the so-called beach local youths like to swim off the cliffs which can be dangerous. Swimming is prohibited here during popular Dominican holidays because of the hazards. It is visited by police and military off and on, trying to keep the area safe. It is OK to visit during the daylight but I would highly advise against visiting after dark. It is a lonely and quiet place where derelicts and bad humans frequent.

The Park of Punta Torrecilla, where the Faro sits, is located at Dominican Republic’s South East coast in Los Mameyes, Santo Domingo Este along Avenida España on the property of the Naval Base 27 de Febrero. Academia Naval / Naval Academy is located across the street and the Club De Oficiales De La Marina De Guerra / Navy Officers Club is next door. Coming into Santo Domingo from the airport the park sits on the left before you enter the city.

Parque Mirador del Sur is the first ecological park of Santo Domingo. It is one of the most important elements of the network of green spaces in the city.

Parque Mirador del Sur is a 4 mile long shaded space that is ideal for leisure and recreation within the city. There are many cliffs and caves in the area that were used as settlements for the indigenous people of the island. Designated paths for walking, jogging, skating and bike riding plus a skateboard ramp and an exercise area make it the perfect place to enjoy the outdoors. There is even a man-made lake with rowboats in this green area. The interesting murals throughout the park and a beautiful fountain make it the perfect place to be. 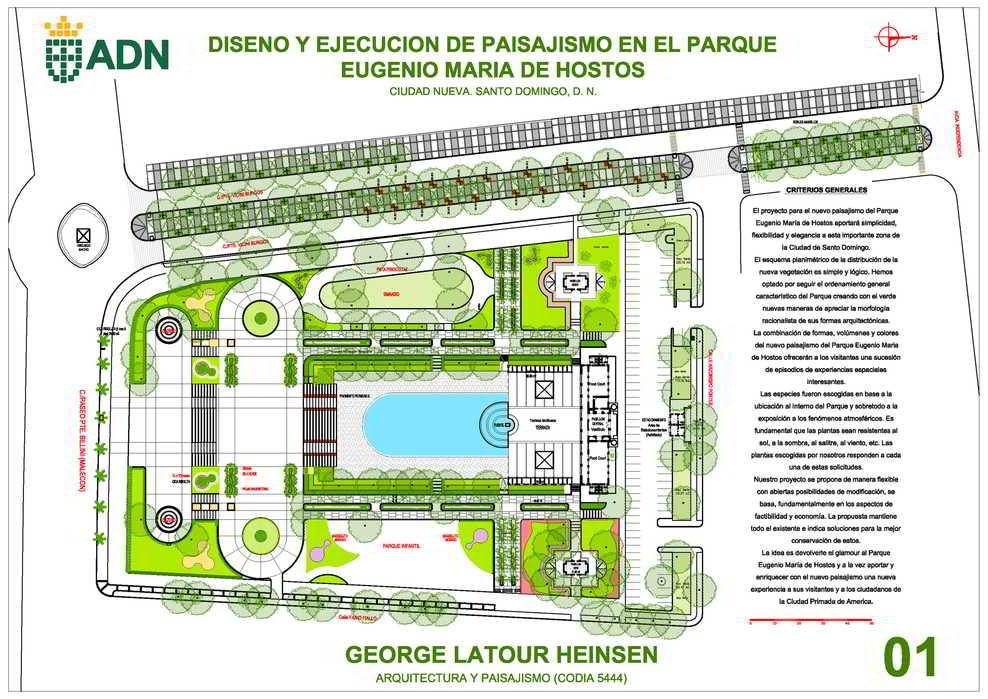