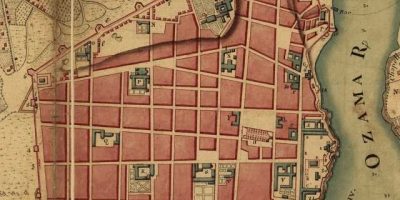 A Google map of the Colonial Zone sights, museums, monuments, parks, plazas and other points of interest.

Our map of Colonial Zone in Santo Domingo / Mapa de la Zona Colonial de Santo Domingo, Dominican Republic / República Dominicana. It is a work in progress map of all the monuments and sights in the oldest city in all the Americas.

Make sure to view the map as large as possible so all the icons are not jumbled since there are so many sights in such a small area. Click the icon and a little pop up box will appear. This window will tell you what is in that spot and have a link to the page in the Colonial Zone web site for more detailed information.

We have some great maps of Dominican Republic, Santo Domingo and the Colonial Zone. I hope they help you with finding what you are looking for.

We are working on a Google map of all the sights, monuments, parks and other important stuff. I will continue to add items and also make them linked to their respective pages in the web site for more detailed information.

I have added the old black and white map of Colonial Zone with all the monuments and places marked for reference.